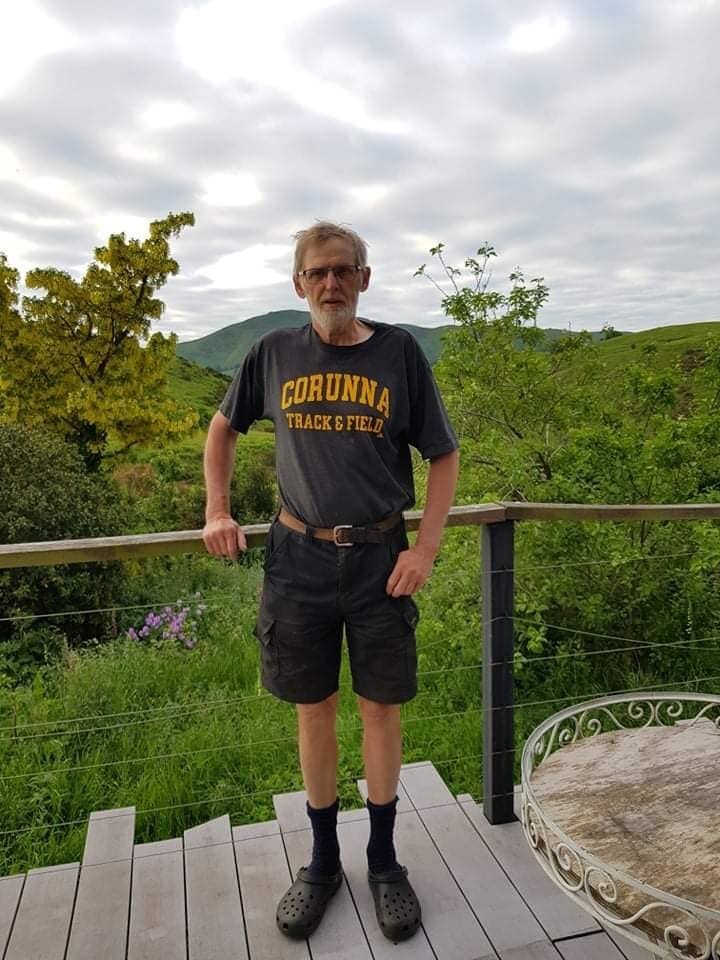 This is Tony Lawrence.

Mr. Lawrence reached out through Facebook this morning to say hello and to share the picture of himself wearing his ‘Corunna Track & Field’ shirt.

On vacation with his family from the United Kingdom almost 20 years ago, Mr. Lawrence met a group of runners and coaches from Corunna in Michigan’s upper peninsula. After a brief conversation, the representatives of CHS gave Mr. Lawrence a t-shirt and a jacket. To this day, Mr. Lawrence looks back fondly to his short interaction with those Cavaliers. So, this morning- at his house just outside of Church Stretton, U.K., some 3,600+ miles away, Mr. Lawrence took the time to think of us!

We hope you always remember that you represent something bigger than yourself and pray that the short time you might spend with someone will cause them to remember you 20+ years down the road...

* We are sending Mr. Lawrence and his wife Ruth a couple new shirts and some other Cavalier goodies. We can't thank them enough for reaching out to us to remind us that it’s GREAT to be GOLD!

** Mr. Lawrence has since reached back out to say once again how delightful it was to meet our Cavaliers and to get to spend just a few minutes with them all those years ago. A Google Map search of 'Womerton' will bring up Mr. Lawrence's own slice of the world, a small farm in Wales on the other side of the Atlantic Ocean. He also informed us that if any of us are near his neck of the woods in southern Church Stretton, U.K.- he'll buy the first cup of coffee!