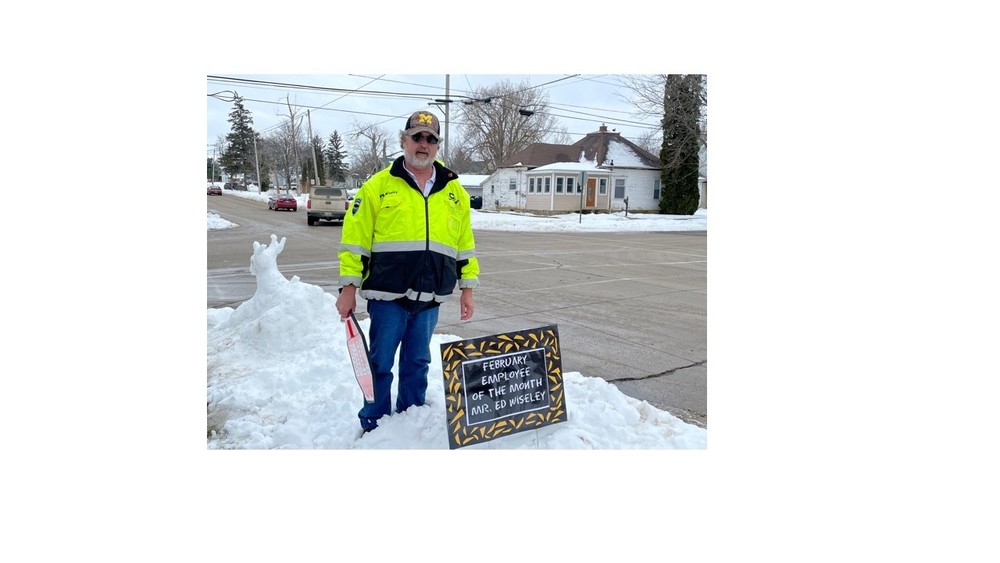 Edward Wiseley-February Employee of the Month

Edward is the district’s crossing guard.  He was hired in October of 2012.  Ed stands his post at the corners of Comstock/McArthur and at Converse/Norton Streets each morning and afternoon.  “It’s a true joy every day at the corners waving at you all, hearing the kids coming down the sidewalk, the different things I hear, and stories the kids tell me”, said Edward.

“Something that you may not know about me is that last summer I had purple hair”, said Edward.

“I believe what sets Corunna apart from other districts  is the academics and staff members who work for Corunna”, said Edward.

Edward said, “The person that most influenced me was my dad.  He taught us respect and to treat people like you would like to be treated.

In his spare time, Edward enjoys art and drawing.