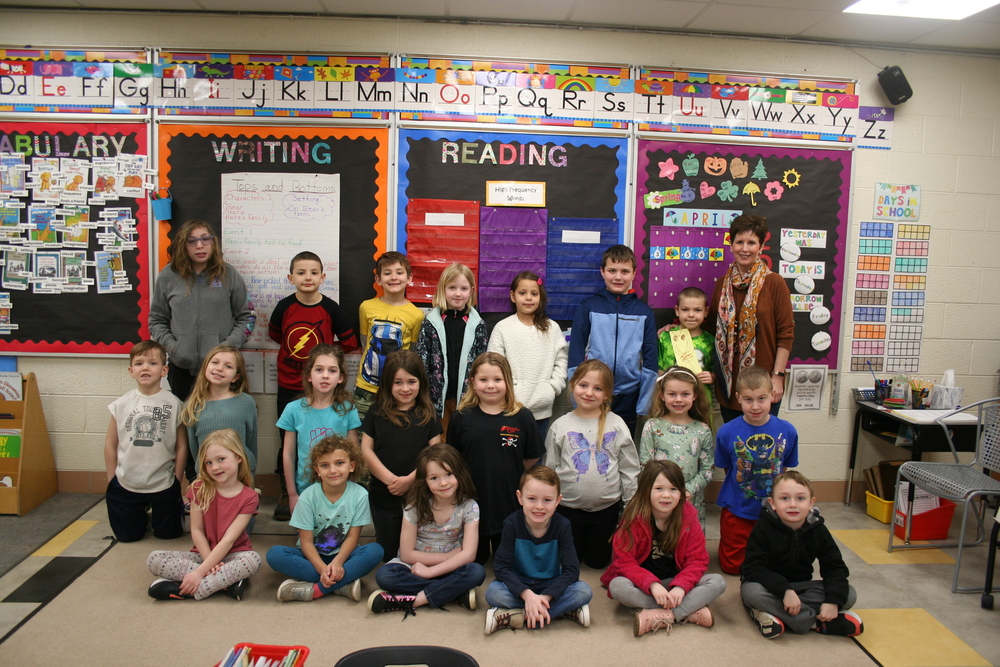 April Employee of the Month

Shari Judd is a first grade teacher at Elsa Meyer Elementary.  She was hired in August 1999.  “Over the past twenty-three years as a teacher at Corunna Public Schools and the three years prior as a teacher with Norfolk Public Schools, I have thoroughly enjoyed every day of every year. To me, it is not a job, but my passion to work with and educate children,” said Shari.

“Something that you may surprise you about me is that my mother and grandfather were both teachers way back when, and I remember thinking that I would never follow in their footsteps because of all the extra time and hard work they put in every day. Well……twenty-three years later,” said Shari.

Shari said, “My favorite best day(s) was the adoption of both Shelby and Shane from Bolivia when they were infants, and seeing the proud look on both my mother and grandfather’s faces when I became a teacher.”

“I have three things on my bucket list: traveling and spending time with good friends, traveling back to Bolivia, and possibly meeting someone special to spend the rest of my life with,” said Shari.

Shari said, “A memory that I will always carry with me is being interviewed by Superintendent John Smith plus the continual warmth, friendship, and support I feel every day I walk through the door for the past twenty-three years.”

“There is not just one thing that separates Corunna from other districts, but rather a combination of things such as how much we care for our children and their families and the support we show each other throughout the 365-day year,” said Shari.

Shari said, “The person that most positively influenced me was my Grandmother Powell. This woman was amazing!  She never said a cross word to anyone, could always find something good in everyone, opened her home to people during hard times when they could not afford a place of their own to live, and ears that would listen to problems, had sound advice to give, and love that never ended no matter what you did.”